The Solar and Lunar Eclipses in Luxembourg
in the Year 2015


There was not much activity concerning eclipses in Luxembourg during the last years. But in 2015, we are again in the game.

On March 20, we could live a partial solar eclipse, and at least in the capital of Luxembourg, the weather was not too bad. The sun was hiding behind clouds only a few times, so that we could witness nearly the whole show during 2 hours, from the first contact to the end of the eclipse.

I compiled some pictures that I took during the eclipse with a small camera through a protection filter to a panorama :

There are idiots in this world. And idiots ...
The first ones are those who are even not able to correctly set an alarm, so that they only wake up when half the eclipse already has passed.
The other ones always wanted to buy a convenient reflex camera, and then, if they need it, they still find themselves with a simple pocket camera.
And if you put those two together ...

We had optimal conditions for this eclipse : Not a single cloud to be seen, and the moon at its nearest distance to the earth, so that it presented itself big and bright in the sky.
Thus, perfect conditions to watch an eclipse, and then I come into the game when totality is already nearly reached. Shit happens. But nevertheless, the look at the moon through my telescope during the eclipse was breathtaking. And I even was able to compile the pictures taken with my pocket camera to this panorama view :

But nowadays, you even don't need a camera ...
Here are 2 pictures taken by my nephew Charel with his smartphone : 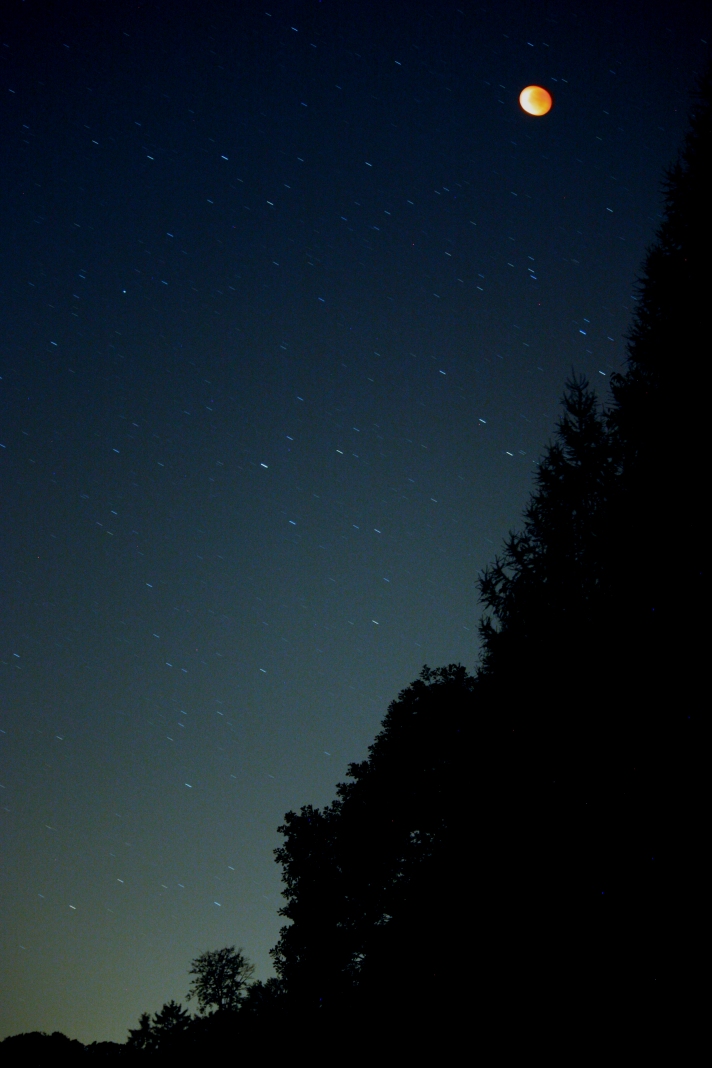 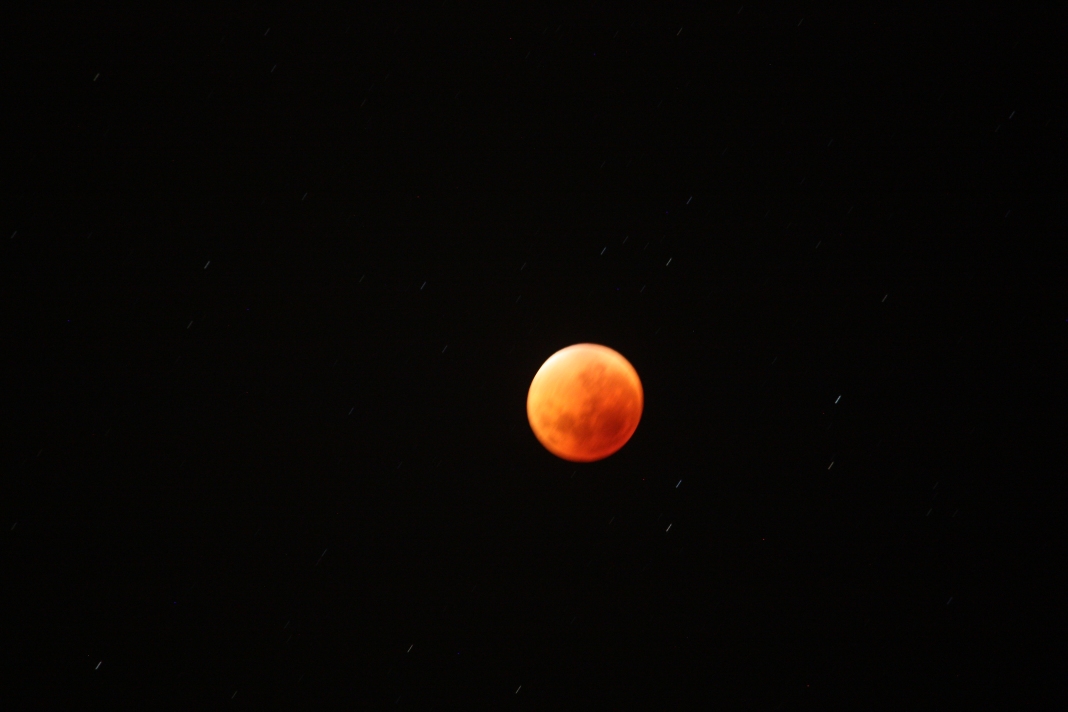 Now, we'll again have to wait for a longer period. Beside a partial lunar eclipse that will take place on August 7, 2017, the next total lunar eclipse will only be on 27th of July 2018.


All kind of information about eclipses can be found on the website of Fred Espenak, the 'eclipse guru' at NASA.


Interested in astronomy ? Visit the site of the Amateur Astronomers of Luxembourg