After a partial solar eclipse in March 2015 and a total eclipse of the moon in September of the same year, it was rather quiet in our region concerning such spectacular events. This year, there was again a total lunar eclipse, in the evening of July 27, 2018 : it was the longest eclipse of this century, but in central Europe, we missed the beginning, as the moon had not yet risen at that moment.

And it's enough to drive you up the walls : Waiting desperately during several weeks for some rain for the garden, with no clouds around, and then, when you want to watch an eclipse, there are plenty of clouds in the sky, at least around the horizon ...

Thus, I missed the complete 1st halftime of the eclipse, and it was only around the middle of the eclipse, shortly before 10:30 pm, that the moon came shily shining through the clouds.
But then, I had a good view to the eclipsed moon and its red companion of the evening, planet Mars, who fortunately was very close to the moon's position during that night. After totality had ended, and the moon slowly escaped from the earth's shadow, there were again more clouds coming up, which however provided me with a few nice pictures.

All in all, after a disappointing beginning, the evening turned into a nice celestial show with the red moon. 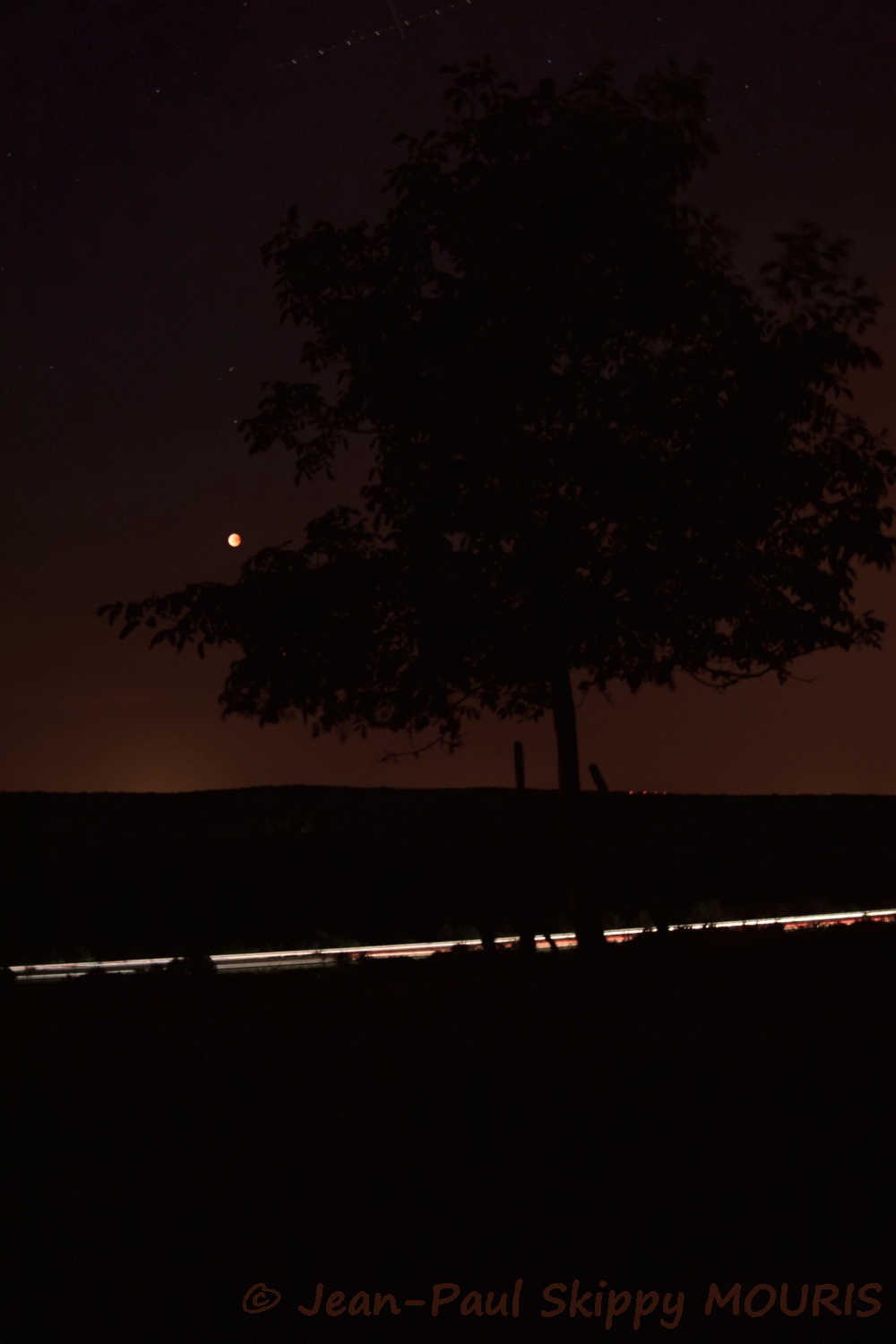 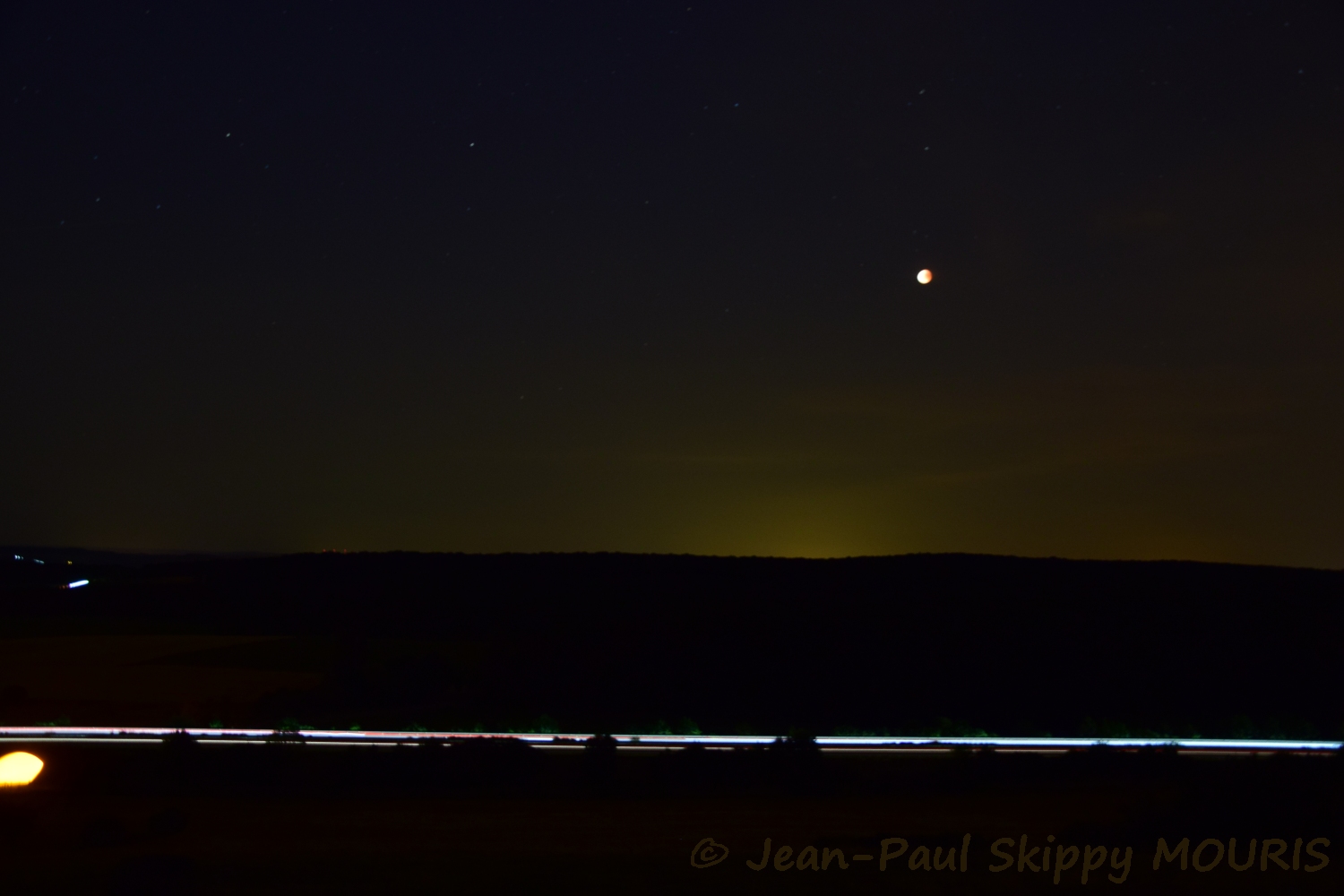 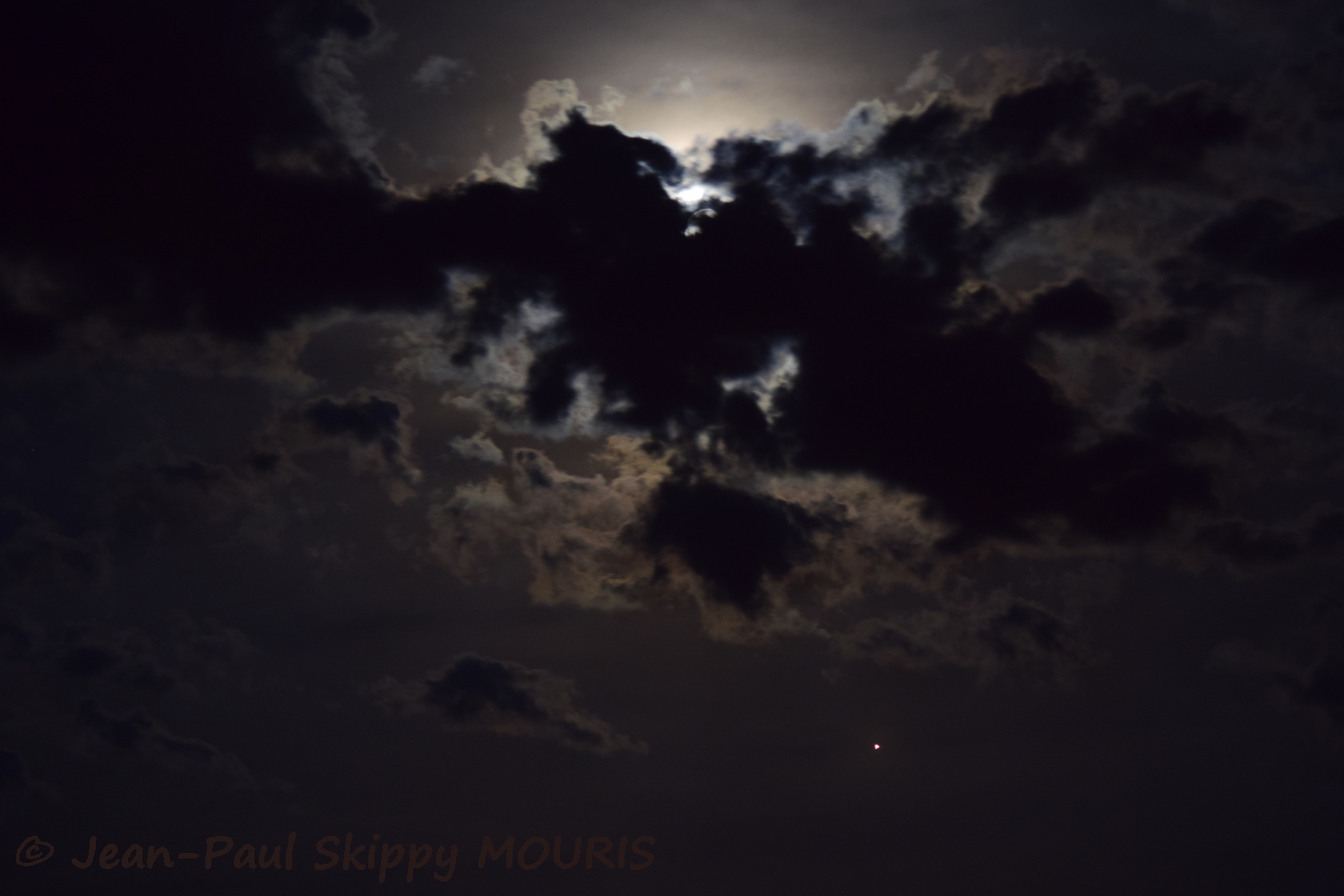 The total lunar eclipse of January 21, 2019 was in the early morning, and I could watch it during the whole event. Unfortunately, I had some problems with my camera, so that there is hardly anything usable amongst my pictures. 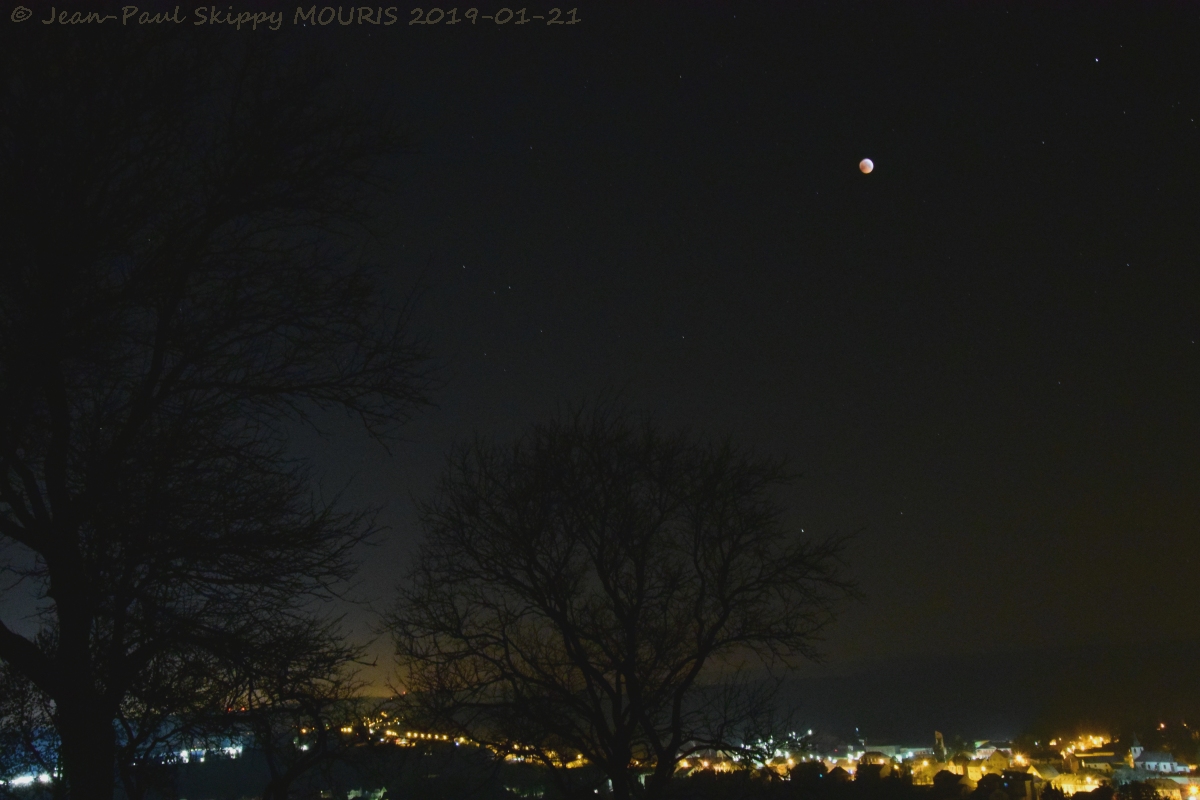 The eclipse data for Luxembourg can be found in this table.
All times are Luxembourg local time !
For other regions, you can calculate the times using geographical coordinates with the U.S. Naval Observatory Computer.

All kind of information about eclipses can be found on the website of Fred Espenak, the 'eclipse guru' at NASA.
Interested in astronomy ? Visit the site of the Amateur Astronomers of Luxembourg